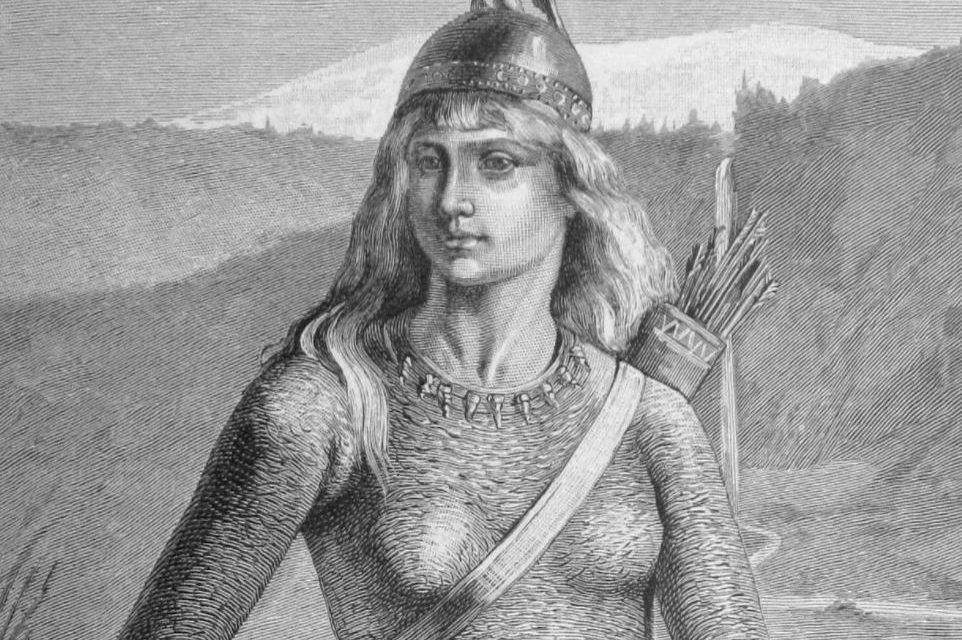 High in Trimheim, the giant Skadi was waiting for her father Thiazi to return. In the cold winds of Jotunheim. Skadi wants the most the return of her father. It was she who saw her father descend after Loki, who transformed into a falcon, but was inexperienced in this bird form, and Thiazi more experienced in his eagle form and more powerful than the deity of cunning, it was logical for Thiazi to return soon with the goddess Idunn and the apples of immortality. After all, the hated gods are nothing compared to the power of the giants.

Time passed, Thiazi did not return, minutes, hours, it was getting dark. As the dawn came Skadi was convinced that her father had been killed by the gods. She put on her armor and helmet, took her father’s leather shield with inlaid bird heads, touched the beaks of each head, and took her father’s spear. She also took her father’s sword, which belonged to the giant Surt – it was this fiery sword, which had an engraved serpent and frightened enemies, was prophesied at the end of the worlds Ragnarok to be used against the Aesir.

Skadi’s sword was epicly superior to that of Heimdal – Hofud, which felt everything that happened in the head of the god and every blow had a thought; and Skadi’s sword was better than the blade of the god Frey which can fight alone without his master’s hand.

Armed, she went to Asgard with one thought – the criminals to pay with their blood. Heimdall, the guardian of the Bifrost Bridge to all worlds, saw the armed giant confidently and fiercely marching towards Asgard. Heimdall immediately raised his horn Gyalarhorn and gathered the meeting of the gods. They talked and Skadi arrived.

She was stopped by the admonition that no one’s blood should be shed and that another solution and retribution should be found for her father. They offered her gold, but what good was it to her when she had a whole mountain of gold. Skadi glared at the gods, but also noticed that there were beautiful gods. She spotted Balder, who looked charmingly beautiful. Despite her grief, she wanted Balder.

She refused the gold offered to her, but said that her husband could, but should be able to make her laugh, to be gentle and wise. Skadi herself was beautiful, but Odin noticed how she looked at Balder and he was a favorite of the Allfather. That’s why Odin set the condition – “You will choose, but only by feet.” The candidates had to be covered and only the the feet were visible.

Convinced that Balder would have beautiful feet, as he has a beautiful face, she accepted the unusual challenge. The gods covered themselves, only their feet protruded, and she quickly chose the most beautiful feet she could see. They removed the covers and it turned out that she had chosen Njord, a deity of Vanir origin, the father of the goddess Freya and the god Frey, a hostage after the great war between the Aesir and the Vanir. The god Njord was a sea man, and his wild appearance testified to his unbridled temper, sea salt in his hair, and navy blue eyes.

However, Skadi had not chosen him and hurried to get away, saying that she had been deceived. Odin testified, however, that Njord was gentle and wise, and Skadi, in turn, replied, “He didn’t make me laugh.”

Loki intervened with a funny story about how he drove a goat to the market, but he tied it so that the goat became entangled in his privates. Loki laughed so hard that he fell into the arms of Skadi, and she also couldn’t help herself laughing. And so, the three conditions were met – a wise and gentle man, and Skadi to laugh.

Odin gave a farewell gift to the two newly engaged by taking out of his coin-bag two balls, which turned out to be the eyes of her father Thiazi, and threw them into the sky – they stood still, motionless, in two shining stars – always to watch over Skadi.

Njord invited Skadi, his new wife, to live together in Noatun, his shipyard. But Skadi wanted to live where her father lived, in Trimheim, and Njord wanted to be near the sea. They agreed to take turns – nine nights in Trimheim, and the next nine in Noatun. Njord soon realized that he could not stand the icy nights, and the wolves prevented him from sleeping. Skadi later realized she couldn’t stand the ship’s rocking, the seagulls, the sound of the water. Even when Njord sang to her, she was not calm.

And then Skadi climbed the mountain and stayed in Trimheim, and Njord remained in Noatun. Skadi was known as the “Lady of Winter Shoes,” and she could often be seen skiing down the icy mountain.

Perseus, Atlas and Andromeda Myths
Pangu And The Creation Of The World – Chinese Mythology
Ghost Stories – Different Types of Ghost in Ancient World 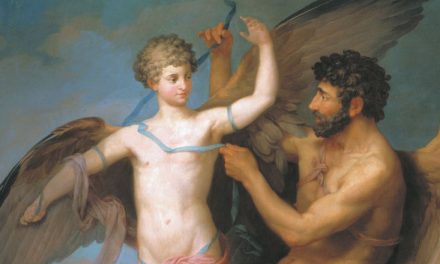 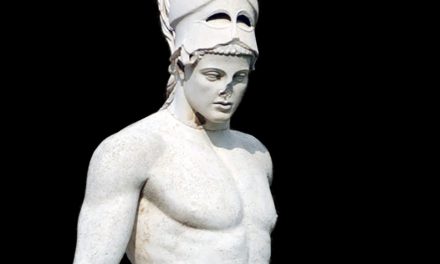