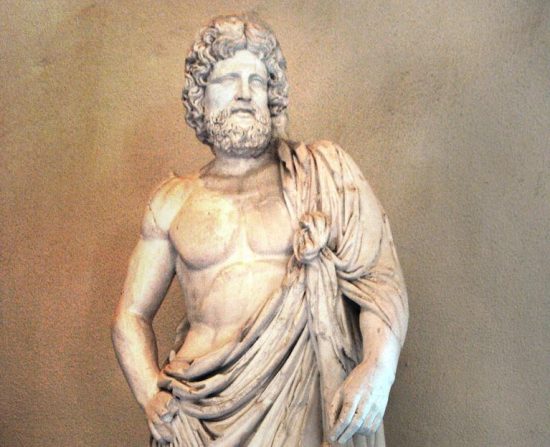 Asclepius/Aesculapius is the god of medicine, son of Apollo and the nymph Coronida (according to the writer Apollodorus is Arsinoea, great-granddaughter of Perseus, and according to others only of Apollo), his daughters are the “Asclepiades” – Hygeia (“Health”), Jaso (” treatment, recovery from illness”), Aceso (“treatment, healing process”), Aegle (goddess of good health) and Panacea (goddess of universal medicine).

The god of medicine was originally called Heppius and received his new name Asclepius after healing the ruler of Epidaurus Ascles. According to another version, the name was given directly by Apollo when he removed it from Coronides’ belly.

The famous symbol of Asclepius, the serpent coiled around a staff, has its roots in two distinctive superstitions:

After the 5th century BC, the cult of Asclepius gained popularity and in honor of the god of healing, asklepions (shrines in honor of Asclepius) were built, the most ancient of which was located in Trikala (Strabo, 1st c. BC, still undiscovered), and the most famous was in Epidaurus. The locations were not randomly chosen outside the cities, near lakes/wells, next to hills, because of the belief in the healing properties of the environment and the harmony of nature and the landscape (to this day, hospitals observe silence, tranquility and the locations are chosen as close to greenery as possible , parks or water pools).

The healing process at Epidaurus: Pilgrims from all over flocked to Epidaurus to be healed. First, there was a period of purification (katharsis, “purification”), which included a special diet and ritual baths for up to six days. Diagnosis follows – after the purification, a healer examines the patient and gives him prescriptions by introducing him into a trance state using hallucinogens. Asclepius was supposed to appear in the sick person’s dream to give him instructions on how to heal, but in case he did not visit him, priests from the sanctuary interpreted what visions the sick person had.
Then herbs or a diet were prescribed, and when necessary, there were operations with anesthesia.

After healing, the already healthy worshiper gave an animal offering in honor of Asclepius or a ceramic model of the healed part, in other cases – a plaque with a description of the patient, the treatment and in which part of the body he felt relief.
A peculiarity of some healing temples was the ritual of dogs licking the wounds of the sick, and in other temples – a certain type of non-poisonous snake (in honor of Asclepius – “Aesculapian snakes”) was released to the sick, where they slept.

Other sanctuaries: on the island of Kos (the doctors of the island were considered heirs of Asclepius); Ancient Pautalia (present-day Kyustendil, Bulgaria).

In the original text of the Hippocratic Oath, Asclepius became the main deity to whom physicians made their vow: “I swear by Apollo the Physician and by Asclepius, by Hygia and Panacea, and by all the gods…”.

But Apollo is not only an avenger, not only does he send destruction with his golden arrows; he also heals diseases. And Apollo’s son, Aesculapius, is the god of physicians and the healing art. The wise centaur Chiron raised Aesculapius on the slopes of Mount Pelion. Under his guidance Aesculapius became such a skilled physician that he surpassed even his teacher Chiron himself. Aesculapius not only cured all diseases, but even brought the dead back to life. With this he angered the ruler of the kingdom of the dead Hades and the thunderer Zeus, because he violated the law and order established by Zeus on earth. Enraged, Zeus threw his lightning bolt and struck down Aesculapius. But the people worship Apollo’s son as a healing god. They erected many shrines to him, among them the shrine of Aesculapius at Epidaurus.

Apollo was everywhere in Greece. The Greeks worshiped him as the god of light; as a god who cleanses man from the evil of spilled blood as a god who reveals the will of his father Zeus and who punishes, sends diseases and heals them. The Greek youth honored him as their patron. Apollo is the patron of seafaring, he supports the founding of new colonies and cities. Artists, poets, singers and musicians are under the special patronage of the leader of the muses’ choir, the guitar player Apollo. According to the cult that the Greeks gave to Apollo, he was equal to Zeus the Thunderer himself.

Myth by A. Kuhn 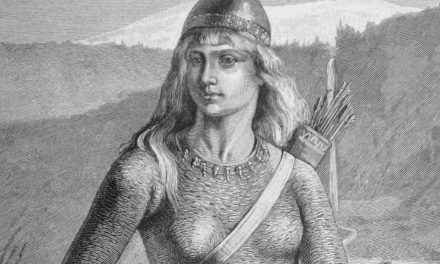