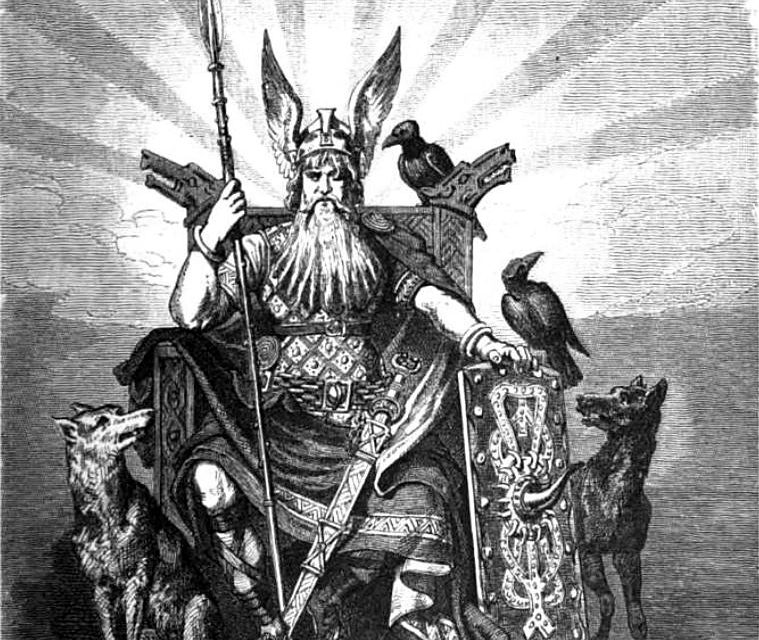 Odin – The All Father – God of Gods

Inspired by knowledge and wisdom, Odin wanted more, he was insatiable for more wisdom. In addition to Odin, ten other gods inhabited the kingdoms at that time, and eight of them were Aesir: the sons of Odin – Thor, Balder, Tur, Heimdal, Hoder and Vidar; his grandsons Forseti, son of Balder, and Ul, stepson of Thor. Nord and Frey lived with the aces, but were Vanir. On the fiery bridge of Bifrost, Odin and the ten deities raced along the roots of the Tree of Life Yggdrasil. Beneath it was the sacred well of Urdabrunn, which contained the Source of Destiny. Here was the place for a meeting of the gods, the well-being of elves and dwarves, destinies and regulations for the future of the worlds.

When Odin’s gaze was upon two swans swimming in calmly, such camlness he had never felt, he saw the three Norns sprinkling the Tree of Life with water from the Well of Destiny and smearing the wounds on the trunk of the tree with clay ointment.

This water ritual ennobled and filled Yggdrasil with life, as well as breathed peace into the swans. All the magic was in the water, the content of which was the fulfillment of everything with greater life force.

Odin gazed again, this time at the giant Mimir. All that was left of him was the head cut off by the gods of the baths. And despite his missing body, he remained the wisest of the inhabitants of Asgard. Odin understood the source of Mimir’s wisdom – the well, which is another root of Yggdrasil, which stretched into Jotunheim, the realm of the ice giants, and his guardian was Mimir. Mimir drank from it every day and was named Mimiro’ Well.

Odin went and made a deal with Mimir: in exchange for one eye, he could take a sip from this source of wisdom. Odin took out his eye and hid it. He made a drinking horn out of dragon armor and drank from the well. The high price for a sip of wisdom paid off, and Odin understood many things, saw a lot, understood a lot, but also realized that the greatest wisdom of all wisdom was not subject to him, and it was the wisdom of the clairvoyants.

Odin, Gungnir and the Revelation

The wisdom of the clairvoyants, Odin told himself, could only be on the sacred tree of Yggdrasil itself. So he pierced his own body with the spear of Gungnir, experiencing pain similar to the wounds of the Tree of Life, and then hung himself upside down on one leg of one of its highest branches. Odin hung on it for nine long days and nine nights. Almost dead, without water or food, as if in a trance he noticed runes beneath him. He recognized them as the runes of Gungnir’s spear and now saw them as mysterious letters forming at the roots of the tree, revealing nine priceless songs and magic spells, as well as the art of poetry. He saw the daily trials, the knowledge of the troubles that lay ahead, the exploits of the past.

Cattle dying, dead relatives,
man is vanishing by his own doing.
When glory you obtain,
your praise will be eternal.

He found a new meaning in glory – in it he was determined to overfulfill, to achieve it. He understood his origin from the giants and the kind of everything.

Odin proclaimed his word to all, and the people began to offer human sacrifices in his honor. They hung people on the trees and pierced them with spears, just like Odin’s ordeal hanged Yggdrasil. Sick and healthy, some preferred the ceremony, and all this to Odin was for the truth – people were telling the truth in their last moments, and Odin became known as the “God of the Gallows.”

He engaged in the same intimate conversations with those who had fallen on the battlefield. The dead revealed mysteries – this was the added advantage of being surrounded by warriors of the impending majestic and inevitable battle of Ragnarok. 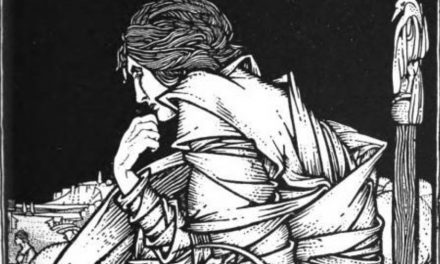 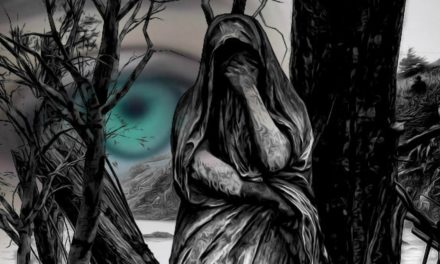 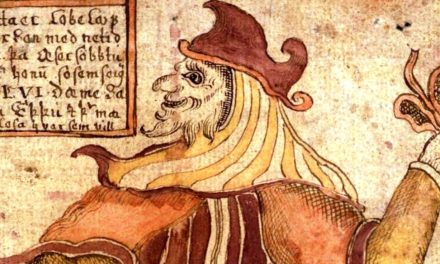