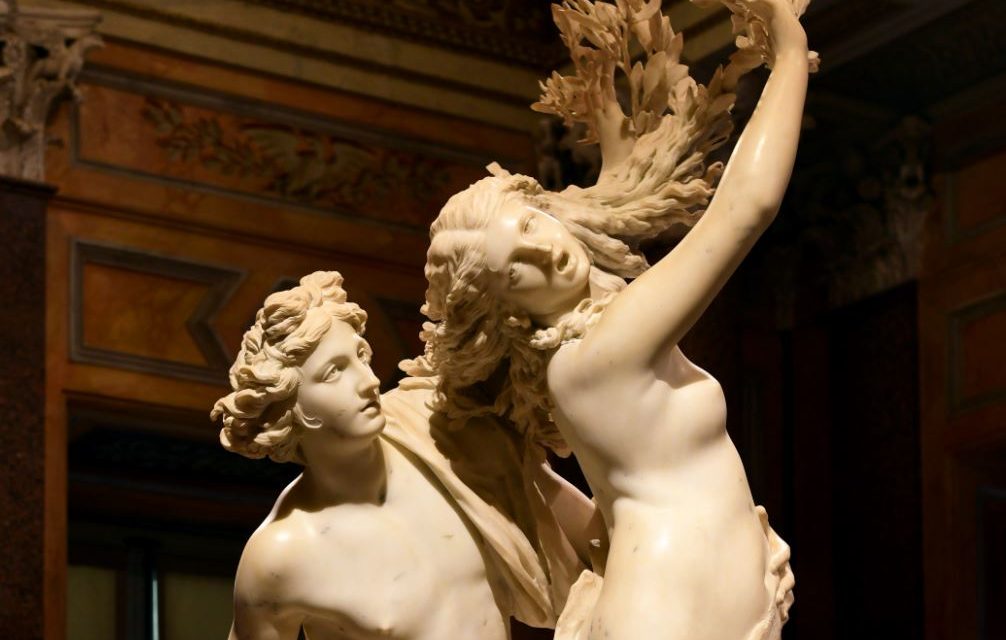 The bright, cheerful god Apollo also knows sorrow: misfortune befell him too. He knew the grief soon after his victory over Python. When Apollo, proud to have defeated Python, stood over the monster defeated by his arrows, he saw the young god of love, Eros, stretching his golden bow. Apollo told him with a laugh:

“Why do you need, child, such a terrible weapon? You better let me send the devastating golden arrows I just used to kill Python. Is it up to you to compare yourself to me, the archer? Do you want to achieve greater glory than mine?”
The offended Eros proudly replied to Apollo:
“Your arrows, Phoebus-Apollo, strike unmistakably, they all strike, but my arrow will strike you.” 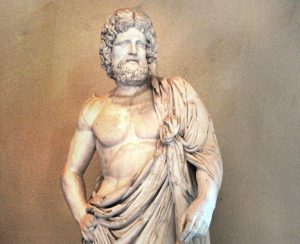 Eros fluttered his golden wings and in an instant flew to the high Parnassus. There he drew two arrows from his archer – one, wounding the heart and provoking love, with it he pierced the heart of Apollo; a second, killing love, shot it in the heart of the nymph Daphne, daughter of the river god Penei.

By chance, Apollo met the beautiful Daphne and fell in love with her. But as soon as Daphne saw the golden-haired Apollo, she ran away with the speed of the wind, because the arrow of Eros, killing love, had pierced her heart. The silver-bowed god hurried to catch up with her.

“Wait, beautiful nymph,” cried Apollo, “Why do you flee from me like a sheep chased by a wolf. Like a dove escaping an eagle, you fly! I’m not your enemy! Look, you hurt your feet on the sharp thorns of the thorn. Wait, stop! I am Apollo, the son of the thunderer Zeus, not an ordinary mortal shepherd.”

But the beautiful Daphne ran even faster. Apollo ran after her like on wings. He was getting closer and closer to her. Almost catch up with her! Daphne can already feel his breathing. Her strength leaves her. And she prayed to her father Penei:

“Father Penei, help me! Dissolve soon, earth, and devour me! Oh, take away this image of me, it only causes me suffering!”

She hadn’t yet finished her plea, and her limbs immediately went numb. Bark covered her delicate body, her hair turned into leaves, and her arms raised to the sky became branches. Apollo stood mournfully for a long time in front of the laurel tree that appeared, and finally said:

“Let a wreath of your greenery adorn my head alone, adorn my lyre and my archer with your leaves from now on. May your greenery never fade, Oh, laurel tree. Be evergreen!”

And the laurel tree rustled softly with its thick branches in response to Apollo and seemed to bend its green top as a sign of agreement.

Written according to Ovid’s poem “Metamorphoses”, by the work of A. Kun 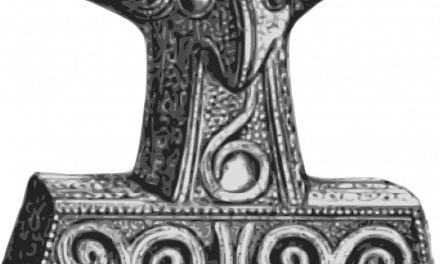