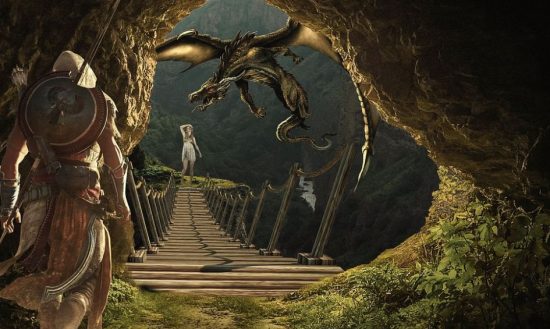 If you are reading this article, you are wondering what exactly is the difference between a myth and a legend. There are some destinct points to be made here, and hope this clarify the question that everyone interested in mythos and legends asks in the beginning.

Here are more directions if you are not sure, how to know the difference.

The best way to distinquish the two is to know that a legend is bound to be in some kind of truth, and myth is bound to be in some type of belief system. Also, if you have the time, through a little background check of the story: if it is a legend, that legend has some ground in history – a person, location or circumstance will be documented as a fact; if it is a myth it is from mythology (example: Zeus is a myth from Greek Mythology) and can be easily traced.

If you are not sure if Dracula is a myth or a legend: it is a legend grounded on mythology. Dracula was a real person – Vlad Cepec The Impaler

2. Different Examples from Myths and Legends

Irish Mythology (or Celtic Mythology) is very good example of mixing a myth and a legend. In the beginning of Britain’s history, in the mythology ou can read about Tuatha De Danann who were legendary people with often magical powers. It is more of a legend because there is some historical evidence of the migration of the ancient people to the island. But also, it is in category of mythology, because there are very exaggerated at times and even historians are devided of what is actually true. And then becomes mythology when it is so ingraded into the culture and then religion (Christianity and old beliefs combined), that it has it’s own dieties.

Greek Mythology: Troy – the famous legendary city was thouth to be just a myth, but eventually scientist found where it is. This is a legend. Although, Greek Mythology is full of myths that can’t be proven to be true, for example if Mount Olympus in modern day Greece is really where the supposed gods were, there are some other legends like Hercules: he was a real person in Trace bound in magical feats and legendary strength, or may be Orpheus which was a Tracian musician, etc.

The Bible: Now this is real interesting, because The New Testament writes about Jesus which is supposed to be a real person (several hypothesis here), but the mythos makes him the “Son of God” – The One and Only God. This may be allegorical and simultaneously true (aren’t we all the sum of the Forces created?).

Hope that answers this question and maybe this article will help you light that sparkle for knowledge in the incredible world of Mythology and Legends.

You can also check “Myth and Mythology Difference” article here.

Thunder God Zeus
Njord and Skadi - Norse Myth
Flower Hyacinth - The Name of A Friend of Apollo
How Zombies Became Popular - Origins of the Dead
8 Things To Do - Quarantine 2020
Meleager - Son of Ares and the Boar
Niobe - Greek Tragedy Inspired Niobe From The Matrix
Myths of Hercules/Heracles - Part 4 - Cattle, Fearsome Cerberus and the Golden Apples
Myths of Hercules/Heracles - Part 5 - Siege of Troy
The Monkey King Origin Story