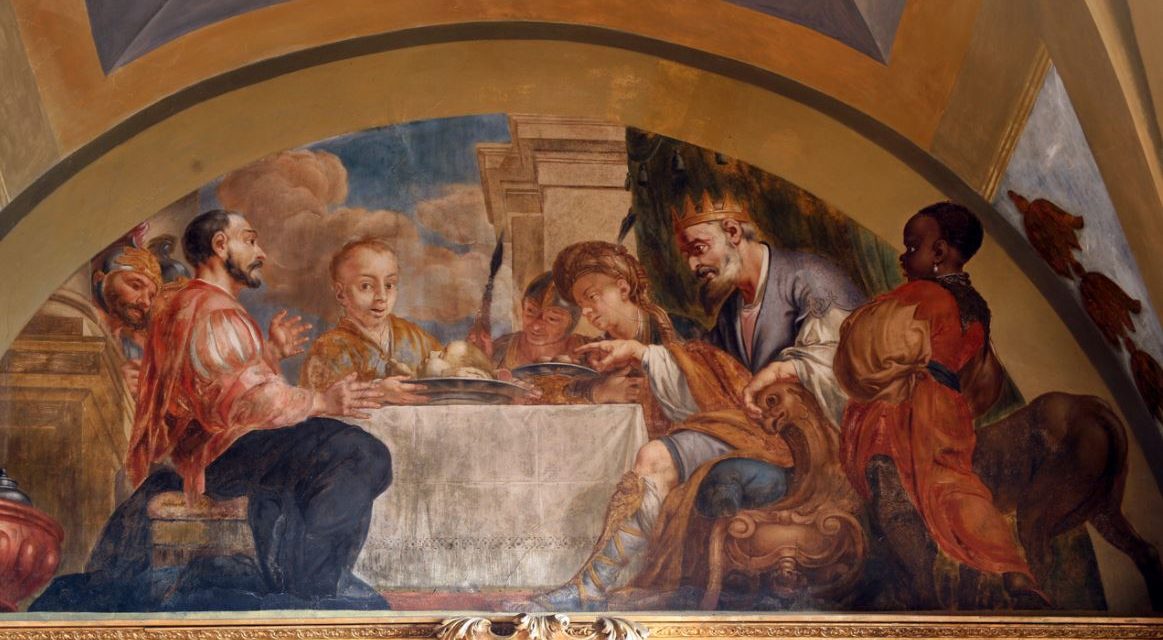 Atreus (Ατρεύς) and Thyestes  are twin brothers in ancient Greek mythology, sons of the Cyclops Pelops. Atreus is the father of Agamemnon and Menelaus. Pelops expels his sons for the murder of their stepbrother Chrysippus. When the Sun set back, Atreus had to make Thyestes give power to his brother, all on the orders of Zeus, who sent Hermes to convince them. Atreus took his place and expelled his brother.

Myth of Atreus and Thyestes

Atreus and Thyestes were the sons of the great hero Pelops. Once the coachman of King Enomai Myrtil, killed treacherously by Pelops, cursed Pelops and with his curse doomed the whole Pelops family to great atrocities and death. Myrtle’s curse also weighed on Atreus and Thyestes. They committed a number of crimes. Atreus and Thyestes killed Chrysippus, who was the son of the nymph Axion and their father Pelops. She had their mother, Hippodamia, kill them. Having committed this evil deed, Atreus and Thyestes fled from their father’s kingdom, fearing his wrath, and took refuge with the Mycenaean king Stennel, son of Perseus, who was married to their sister Nikipa. And when Stennel and his son Eurystheus, taken captive by Yolaus, died at the hands of Heracles’ mother Alcmene, Atreus took power over the Mycenaean kingdom, because Eurystheus left no heirs. Atreus’s brother Thyestes envied him and decided in any way to take away his power. He stole from his brother, with the help of his wife Aeropa, the golden ram, which was given to him by the god Hermes. Thyestes stole this ram, because it was said by the gods: “Over Mycenae will reign the one to whom the golden ram belongs.” After raising the ram, Thyestes demanded the power of the kingdom – the ram was in it! Zeus the Thunderer became angry and, by celestial signs, let the inhabitants of Mycenae know that Thyestes was trying to seize power in a wicked way. Mycenaeans refused to recognize Thyestes as king, and he was forced to flee Mycenae to escape the wrath of his brother. In revenge for his brother, he secretly took Atreus’ son Polisten from Mycenae. Abroad, Thyestes raised Polisten as his own son and instilled in him a great hatred of Atreus. The insidious Tiest wanted to use Polisten as a tool to avenge his brother. When Polystenus grew up, Thyestes sent him to Mycenae, ordering him to kill Atreus. But the young man himself died at the hands of his father. Atreus was horrified to learn who the young man he had killed was. He swore revenge on his brother and devised a cunning and brutal plan. To carry out his plan, Atreus pretended to be ready to reconcile with Thyestes. Through an envoy, he invited his brother to return to Mycenae. When Thyestes returned to Mycenae, he again conspired with Atreus’ wife Aeropa against Atreus, obsessed only with killing his brother. Atreus knew this, and his decision to avenge his insidious brother became even stronger. He secretly ordered that Thyestes’ sons, the young Polistene and Tantalus, be captured and killed. From their bodies Atreus prepared a terrible feast for his brother.

He invited Thyestes to a feast and placed before him the dishes of his sons’ flesh. Thunder sent by Zeus shook the sky. The Thunderer was angry with Atreus for his evil deed. Shivering with terror, the radiant sun god Helios turned his chariot and rode his winged horses back east so as not to watch a father eat his sons’ meat. Thyestes, unaware of anything, sat down at the table and began to eat calmly. Suddenly a vague premonition of some great misfortune overtook him, and he asked Atreus about his sons. Atreus summoned the servants and ordered them to show Thyestes the heads and legs of Polystenus and Tantalus. Seeing that his sons had been killed, Thyestes wept. He began to beg Atreus to give him the corpses of his sons to bury. But Atreus replied to his brother that his sons were already buried by himself, but not in the ground, but inside himself. Thyestes was horrified to find out what dishes he had just eaten. He overturned the table and fell to the floor with a terrible scream. Maddened by grief, he finally got up and, cursing Atreus and his entire family, quickly left the palace. Unremembered and without seeing anything, Thyestes fled Mycenae and hid in a desert place. He hid there for a long time, and then went to the king of Epirus, Thesprotes, who gave him refuge.

The gods became angry with Atreus for the atrocities he had committed. To punish him, they sent infertility to Argolida. Nothing grew in the lush fields. Hunger reigned in the possessions of Atreus. The inhabitants died by the thousands. To find out the cause of this misfortune, Atreus resorted to an oracle. The oracle replied that the disaster would end only when Thyestes was returned to Mycenae. Atreus searched for his brother all over Greece for a long time, but he could not find where he had taken refuge. He finally found his young son Aegisthus. Atreus brought Aegisthus to his palace and raised him as his son.

Many years have passed. Coincidentally, Atreus’ sons Menelaus and Agamemnon discovered the location of Thyestes. They managed to capture Thyestes and bring him to Mycenae. Atreus did not reconcile with his brother. He imprisoned him and decided to kill him. He summoned Aegisthus, gave him a sharp sword, and ordered him to go to the dungeon and kill the prisoner there. Aegisthus did not know what a terrible crime Atreus, whom he considered his father, was sending him to. But as soon as Aegisthus entered the dungeon, Thyestes recognized his son in his face. He revealed to him who they were, a father and a son, still here in the dungeon, making a plan on how to destroy Atreus. Aegisthus returned to the palace and told Atreus that he had carried out his orders and killed the prisoner. Atreus rejoiced that he had finally succeeded in destroying his brother. He went quickly to the seashore to sacrifice to the Olympian gods. It was here, during the sacrifice, that Aegisthus fatally wounded him with a blow to the back with the same sword that Atreus had given him to kill his father with. Aegisthus released Thyestes from prison. Thyestes and his son seized power over Mycenae. Atreus’ sons Menelaus and Agamemnon were forced to flee. They found protection with the Spartan king Tyndareus. In Sparta, they married the daughters of Tyndareus, Menelaus, the beautiful goddess Aphrodite, and Agamemnon married Clytemnestra. After some time, Agamemnon returned to Mycenae, killed Thyestes, and began to rule the country that his father had once ruled. Menelaus became king of Sparta after the death of Tyndareus.

The Astonishing Sun Simiao and The Dragon - Chinese Legend
Meleager - Son of Ares and the Boar
Ragnarok - Gods in the Last War
River Danube - Wonderful Legend of the Moon and Sun
Monkey - The Ultimate Taoist Immortal
Night, Moon, Dawn and Sun - Greek Myth
The Death Of Orpheus - Bacchanalians' Murder
Five Ages of Man - Greek Mythology
Pangu And The Creation Of The World - Chinese Mythology
Niobe - Artemis and Apollo's Fierce Revenge 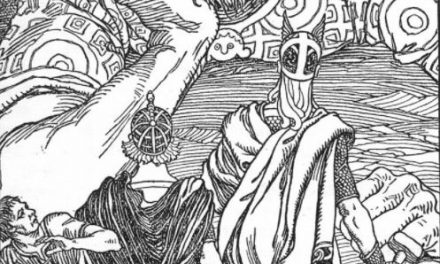