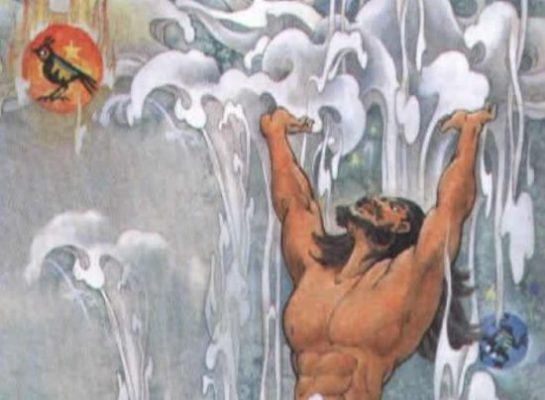 The universe and its origin are described by the most famous Chinese myths. In them, in ancient times, from the primordial chaos, the creator god Pangu created order, the universe and gave all the conditions for life. Creation, however, did not affect humans, Pangu did not create them, and later the goddess New Wah engaged in this work, sculpting them from clay.

At the same time, there are myths about great natural disasters – floods and droughts, which in today’s China strongly resonate with modern reality. These myths about cataclysms also lead to creation, as cataclysms put an end, but also a beginning, respectively to be re-created and rebuilt. These myths also describe the dragon Yu, who dug riverbeds to drain the earth after a great flood.

Creation of the World

Before the world took on its original form, before the great creator Pangu appeared, the Beginning was chaos. No land, no oceans, endless chaos, and only the uncontrollable element existed. The element was composed of elements that would later be released as earth, water, fire and air. And when, from infinity and beginninglessness, Pangu was born in the shell of an egg, then the world began to take shape.

For a long time, thousands of years, Pangu evolved and fed on the elements and the elements that spun, twisted, shook and boiled uncontrollably. Pangu’s sleep was especially important because it gained the energy, strength, and power he would need for Creation.

Eighteen thousand years Pangu slept. He awoke, and there was darkness around him, in which he could only make out the chaotic natural elements that moved in space. Deciding that this could no longer be the case, he gathered the strength he had gained during his long sleep and awoke Life by striking with terrible force his mighty right hand over the elements. Incredible thunder followed, which spread across the boundless space of millions of kilometers.

Due to the power of Pangu, the elements calmed down, the universe began to take shape, and the heavy elements descended, while the light ones went up. The earth, the rocks and the soils were formed; the sky and the space were formed. Thus Pangu created heaven and earth, the two most important parts of the world.

The earth and the sky continued to grow, the earth’s hardness gradually became thicker, deeper, layers were superimposed, rocks above them, and on them clay and on it lighter soil layers. The sky was getting higher and higher, and even Pangu himself could not see where his limit was.

This great work took a long time, the creation could not be rushed. Pangu stood between heaven and earth, holding them with his mighty huge hands so that they would not collide and return to the primordial chaos from which he had created them. Pangu and the creature grew and stood for thousands of years as a column of order between heaven and earth, until the time came and decided that it was enough – nothing would collapse if released. And he fell asleep again in his deep sleep.

Pangu died in his sleep, which grew deeper and deeper, until eventually, over time, his breathing slowed and stopped. However, the creature had a life of its own, and although Pangu died, it continued to exist. Pangu’s last breath flew into the sky and turned into winds and clouds, thus inspiring a new beginning.

The last moan turned into the roar of thunder, its sweat as it strengthened the heavens turned into dew and rain. The deity’s eyes became the Sun and the Moon, and the hairs of his beard flew to the sky, creating the stars in the night sky.

Pangu’s body transformed in the mountains all over the earth, like rock capillaries of creation. His arms and legs marked the four directions of the world: north, south, west, east. His blood served the rivers of the lands, and eventually his flesh decomposed into the fertile land and fields. In the new lands, Pangu’s fallen hair took root in the soil and the first trees and flowers grew.

The life-death-life cycle was fulfilled by the great Pangu – so he became a true Creator. He gave rise to the universe, the earth, the sky, the directions, the rivers, the fields, the mountains, the sun and the moon. The great work of life.

Difference Between Myth and Legend With Examples
Ghost Stories - Different Types of Ghost in Ancient World
The Three Sovereigns - Fuxi, Shennong and Huangdi
God Odin - The Allfather of Norse Mythology
The Cyclope Polyphemus In Love With Galatea
Aphrodite - Full Myths and Legends
Cephalus and Procris - Romance and a Curse
Myths of Hercules/Heracles - Part 6 - The Death of Hercules
Thor Loses His Hammer - Norse Myth
The Monkey King Origin Story 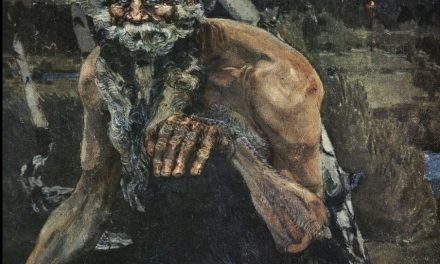