The bridge as a symbol is always a connection between two shores, two countries, this world and the afterlife. In Norse / Scandinavian mythology, the connection between the worlds / kingdoms is the Bifrost Bridge, which is guarded by Heimdall, a deity with incredible sight and hearing, who inflates his horns in the coming danger. Bifrost shook every time an undead passed by. (The myth of Heimdall and Bifrost here)

The rainbow and the Milky Way are considered bridges between non-being and being, and Bifrost is described in myths as a rainbow.

In heraldry, the bridge occupies a place in the coats of arms as a mediator of other symbols (coats of arms of cities, such as Innsbruck with a pontoon bridge).

Crossing a bridge is often a symbol of the connection between worlds, so different cultures make certain rites of passage (Rites de passage).

Expressions such as “destroying all the bridges behind me”, “throwing a bridge to something”, “crossing the bridge”, represent the symbolism associated with the word clearly enough.

Moses, who divides the Red Sea, makes a kind of bridge between one end of the land and the other. In the parable, the bridge is the hope of salvation, the hope of a new life, a new beginning, the salvation of an entire nation and culture. In this sense, the bridge is all this and much more in the future.

The bridge appears as a symbol to the celestial side, which is as narrow as the blade of a sword. He who sins falls into the depths. Such symbolism is seen in the tales of the North American Indians, where the bridge is a narrow wooden beam.

In ancient Rome, during the construction of a new bridge over the Tiber, Vestal virgins threw reed dolls into the river from the old bridge. The creation of a bridge is a means of “communication between the two zones”, so during construction it is called a clergyman (Pontifex, Greek), which is also the connection-bridge between the ordinary and the afterlife. The connection is made both above and below.

Xuen-zan, the worshiper who carried the Buddhist teachings from India, had to cross a wooden trunk bridge. In other ancient Chinese imagery we find the bridge to the afterlife narrow for sinners to cross, and whoever tries to cross it falls into a stream of blood and pus.

In parsism (Zoroastrianism; Middle East), the passage of each deceased had to be on the Chinwat Bridge, which was as narrow as a hair. The unrighteous fell into Hell.

The Bulgarian legend about the bridge in Ardino municipality speaks of the mysterious master Dimitar, who had 40 days to complete his masterpiece, otherwise the Devil will take his soul. The devil did his best and revealed the secret of how his bridge would be forever untouched by time and elements.
It is said that Satan’s face can be seen at some time – around 11 and 12 o’clock at noon towards the Arda River, the image appears, and according to some, there is an imprint on the stones of the Devil himself.

There are bridges, which are the connection between the shores (not only metaphorically), for about 6000 years, as found in Neolithic settlements built of stone. Also, the ancients certainly used timber for bridges, most often made of large elements (logs, branches), which were used to cross streams.

One of the oldest wooden bridges (Rapperswil-Hurden) is located on Lake Obersee between Rapperswil and Hurden in Switzerland. The wooden material of the bridge dates back to 1523 BC. The first wooden pedestrian bridge led across the lake and was reconstructed by the Roman Empire in the 2nd century AD, and then reconstructed again between 1358 and 1360 by the Duke of Austria Rudolf IV.

One of the oldest arched bridges used to this day is the Arcadico Bridge, dating to the 13th century BC, the purpose of which was to house chariots between the fortress of Tirins and the city of Epidaurus in the Peloponnese (Southern Greece).

The Romans are also known for their many bridges, which they built all over Europe, some of which still stand today. An example is the Alcantara Bridge in Spain over the Tagus River. To build bridges, the Romans used a mixture of water, lime, sand and volcanic rock. Also cement, whose technology was lost over time after Roman times, but was later rediscovered.

In the 4th century, in India, bridges were built with woven bamboo and iron chains, and in China, in addition to making wooden ones, there were also stone bridges, with the Zhaozhou Bridge (built 595-605, Sui Dynasty) being the most the old surviving stone bridge in China.

Prior to European colonization in the 16th century, the Incas used cable-stayed bridges, and in England in 1779, bridge technology advanced with the erection of the Iron Bridge in Shropshire, using cast iron in the design of the arches. Later, with the Industrial Revolution and the development of steel, Eiffel projects were used to build stronger foundations.

Today, we know many bridges, especially those in the United States and Canada, but the bridges must have proven technology, because of the load not only of the gravitational forces, but also the vehicles moving from above. Due to the vibration of the movement, the structure must be sufficiently stable. Examples are the Tacoma Narrows, which collapsed shortly after construction due to excessive vibration, and the Millennium Bridge in London, which was closed to be reinforced by modern shock absorbers for the same reason. 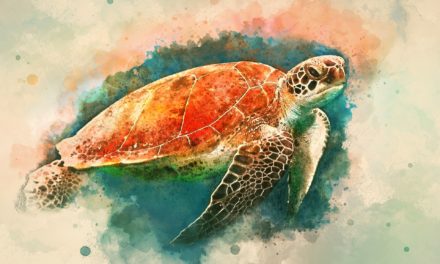