What does the Bat symbolizes? – That is lately a very good question to be answered. Below is what the world of mythology and teachings can show us about that ‘creature of the night’.

The bat in many cultures around the world amazed and aroused the imagination of the peoples. The perception of this animal was different, for example, in the West it is considered a sinister creature that gets tangled in people’s hair. In South America, bloodsucking bats have been reported, demonic creatures have the appearance or characteristics of bats, and in art – paintings depicting witches, there are always traces of bats.

Bat is a symbol in Christianian times is more of a ghostly figure and witchcraft, in the Americas (Mayans) the bat is a symbol of the god Camazotz, in Voodoo the bat is used in rituals and symbol of the night. According to the Chinese, the bat is symbolic with happiness and good fortune, and for Homer’s “Odyssey” it is described as “the souls of the dead”.

In medieval books (Bestiary), the bat is presented in a good light because of its way of life. They are described as “bats settle for a longer stay, they cling to each other and form whole clusters – a kind of friendly service, which can rarely be found in humans” (Unterkircher).

St. Hildegard of Bingen (1098-1179) writes that bats move like ghosts when people sleep. He gives a recipe for jaundice, to stick a bat carefully so that it is alive, then to tie it on the patient’s abdomen until the bat dies. The practice was due to the belief that the bat could cure the disease.

The Maya worshiped the bat-deity Camazotz, and his name literally meant “death, bat.” According to myths, the twins Hunahpi and Xbalanque meet Camazotz in the underground kingdom of Shibalba.

The same myth describes creatures named Camazotz as a collection of bats in the Underworld.

In African myths, the bat is a symbol of a very intelligent animal, as it does not collide with anything in flight. The bat also is used in various voodoo rituals and sacrifices as a vital part of the magic ritual.

In Chinese mythology, the bat is a symbol of happiness (“fu” – “happiness”, close-sounding with a bat). Happiness was like five bats – old age, wealth, health, virtuous love and natural death. Sorceresses were depicted releasing exactly the Five Bats of Happiness. And red bats chase evil forces and demons.

In ancient times, the bat was a symbol of vigilance, protection from drowsiness, as well as protection from evil forces by nailing bats to the door. The blood of a bat was used for fertility. It was used to protect against ants, caterpillars, locusts and snake bites.

“Night Birds” were called, and in Homer’s Odyssey, the bat is a symbol of the souls of the dead in the Underworld.

Bats are the only mammals that can fly. Of the many varieties, three species belonging to a separate family (Desmodontinae) are considered to be “vampire bats”: Desmodus rotundus, Diphylla ecaudata and Diaemus youngi.
There are several hypotheses as to how vampires (hematophagy) became, but according to recent data, the greatest burden is the hypothesis that they ate insects attracted to the wounds of animals and later turned to the wounds themselves.
The vampire bats have developed their senses for hunting at night while the victim is at rest or asleep, locking him with his ultra-high frequency sounds. While other bats are mostly flying, bats vampires can jump and walk and use this to their advantage as they slip unnoticed and bite with their front sharp teeth. They know exactly where to bite using infrared radiation to locate the blood vessels of the prey.
When the vampire is fed, he uses his hearing, he watches the victim’s breathing and retreats into the night.

The Bat and The Virus

The unique immune system consists in the use of energy for the sake of flying. Because of the energy used by the mitochondria of their cells DNA is damaged more frequently by viruses. Scientists believe that because of their long evolution (the oldest bat fossils, such as Archaeopteropus, date back to about 32 million years).
Because of their evolution DNA repair is done very quickly and the mechanisms of replication of damaged cells are also blocked. They also have high inflammation which means that regeneration is very fast.

However, if there is too much inflammation the result is death. Here again, their evolution comes into play with the “Stimulators of Interferon Genes Protein”, which helps reduce inflammation.

Scientists have not yet fully understood how bats protect against viruses and only transmit them, but have found that they synthesize Protein Interferon Alpha, which prevents the virus from replicating and spreading. In other mammals it is also activated, but in bats it is always “on”, so the response is immediate.

From all studies bats give a very interesting picture: the viruses in them also evolve / mutate, and in a host that has such a strong immune response and mechanisms that they do not become infected. When a virus that is accustomed to such attacks is transmitted to another host, such as a human, it becomes clear why they are so aggressive and successful in their attack.

Bats do not get the viruses they transmit, at least not by much (example: “white nose“). This draws even more colorful picture to the myths of bats becoming or connected to vampires and immortality.

Bee Symbol Meaning - Symbolism in Cultures
The Eye - Symbolism and Meaning
Eagle Symbol and Meaning
The Little Owl - Interesting Symbol
Turtle Symbolism - What it Represents from Christianity to Hinduism
Symbolism Of Fire: Element of Life
Helm of Awe - Symbol
The Bridge as a Symbol
Mist and Fog in Myths - Symbology and Meaning
The Earth Symbol (Meanings in religions) 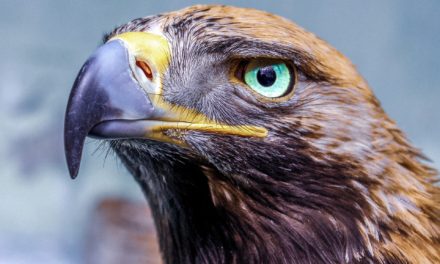 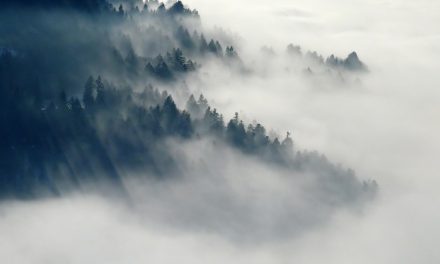