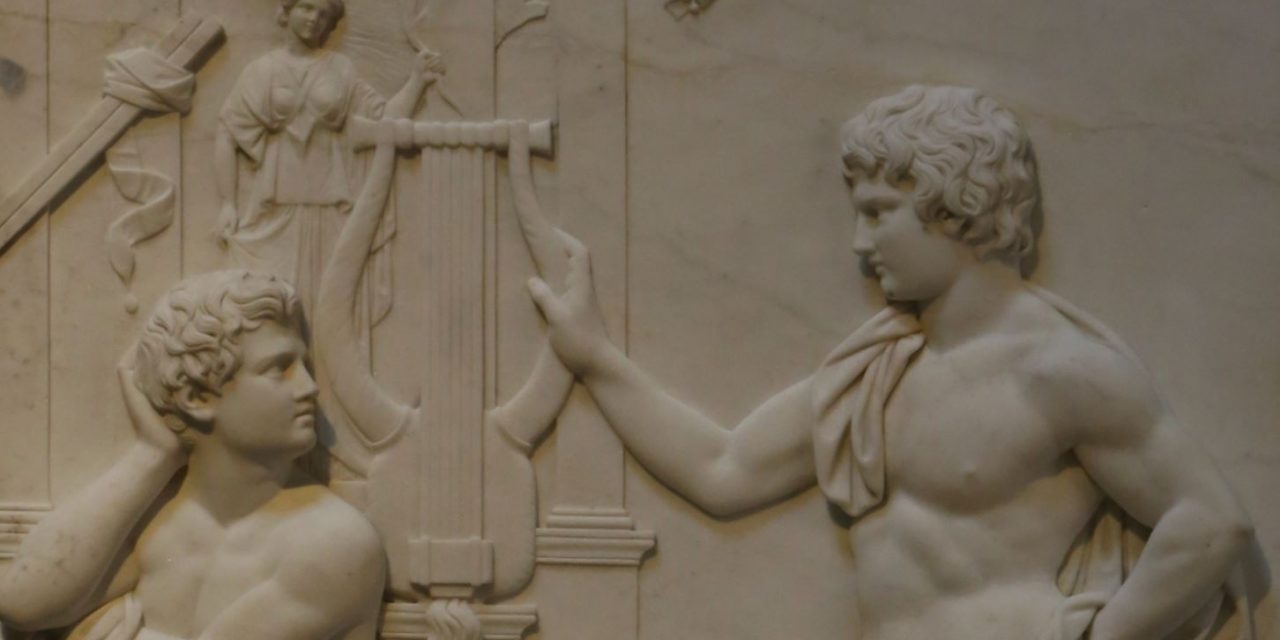 The king of ancient Thebes, as well as the son of Zeus and Antiope, is Amphion (Amfίων), and Zethus is his twin brother. The rise of the city dates back to Cadmus (the myth of Cadmus here), and the twins helped build the city walls, with Zethus helping with his great physical strength and Amphion arranging them with the power of his golden lyre, a gift from the god Hermes.

Amphion and Zethus are revered in Thebes as local heroes. Amphion married Niobe and had a large generation after them, and later Amphion died. There are several versions in the myths: suicide, lightning from Zeus or an arrow of Apollo.

Myth of Amphion and Zethus

In the city of Thebes lived Antiope, daughter of the river god Azop. The thunderer Zeus fell in love with her. Antiope gave birth to two twin sons. She called them Zethus and Amphion. Fearing that she would anger her father for secretly marrying Zeus, Antiope placed her young sons in a basket and carried them into the woods. Antiope was convinced that Zeus would not allow his sons to die. And indeed Zeus took care of them. He sent a shepherd to the place where Zethus and Amphion lay. The shepherd found the young sons of Zeus and Antiope, took them home and raised them. This is how the brothers grew up in the pastor’s home. From childhood, Zethus and Amphion differed from each other in character: Zethus was a strong boy, early on he began to help the shepherd to graze the flock, and Amphion was meek, kind, and nothing attracted him as much as music. And when the two brothers grew up, Zethus became a strong warrior and a brave hunter. No one could compete with him in strength and agility; he was pleased only with the noise of weapons during battle and the hunting of wild animals. Amphion, on the other hand, a favorite of the god Apollo, found joy in only one thing – to play the golden string guitar, which was given to him by Latona’s silver-bearded son, Apollo. Amphion played the guitar so wonderfully that he made even the trees and rocks move.

The young people lived, as before, in the shepherd’s house, not knowing who their father and mother were. And their mother, Antiope, was at that time under the rule of the stern Theban king Lik and his wife Dirka. Shackled in heavy chains, Antiope was imprisoned in a dungeon in which no sunlight penetrated; but Zeus set me free. The chains slipped from her by themselves, the doors of the dungeon opened; she fled into the woods and hid in the hut of the shepherd who raised her sons.

The shepherd had just taken her under his protection, and the cruel Dirka appeared to him; she, along with other Thebans, celebrated the merry feast of Dionysus in the mountains. Wandering through the mountains, with an ivy wreath on her head and a dash in her hand, she stumbled upon the shepherd’s hut. Dirka saw Antiope, and all her hatred for her flared uncontrollably in the heart of the cruel queen. She decided to destroy the unfortunate Antiope. Dirka summoned Zethus and Amphion slandered Antiope in front of them and persuaded the young men to tie the innocent daughter of Azop to the horns of a wild bull so that she would be torn. Zethus and Amphion were ready to listen to Dnrka; they caught a bull and grabbed Antiope, but at that moment, fortunately for Antiope, the shepherd came. Seeing that Antiope’s own sons wanted to tie her to the horns of the raging bull, the shepherd cried out:

“Poor thing, what a terrible crime you want to commit! Without knowing what you are doing, you want to throw your mother to a horrible death. This is your mother.”

Zethus and Amphion were horrified to learn what a terrible atrocity they could commit through the fault of the cruel Dirk. In their anger, they grabbed Dirka, who slandered their mother, tied her to the wild bull’s horns and told her:

“Now you yourself die of such a death as to which our mother has been doomed! May this death be your deserved punishment for both cruelty and slander!”

Dirka died a painful death. Zet and Amphion took revenge on their mother and on Lik: they killed him and took power over Thebes.

Having become kings of Thebes, the brothers decided to fortify their city. Only the high Cadmea, the fortress of Thebes, built by Cadmus, was protected by walls, and the rest of the city was not protected. The brothers built the wall around Thebes themselves. How different was the work of one from the work of the other! Mighty as a titan, Zethus carried huge blocks of stone, exerting all his strength, and piled them on top of each other. Amphion did not carry the stone blocks; obeying the sound of his golden guitar, the stones moved on their own and were superimposed on a high, strong wall. The fame of the great heroes Zethus and Amphion spread far and wide, they were known even far beyond the borders of Greece. Tantalus himself, the favorite of the gods, gave Amphion his daughter Nioba as a wife. And Zethus married Aedon, the daughter of Pandareus king of Ephesus. Nioba and Aedona brought misfortune to the home of the sons of Antioch. 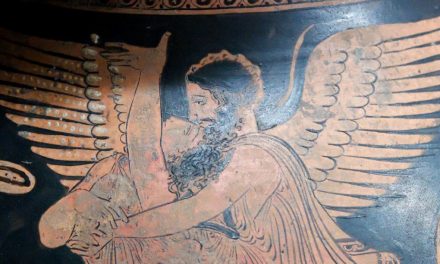 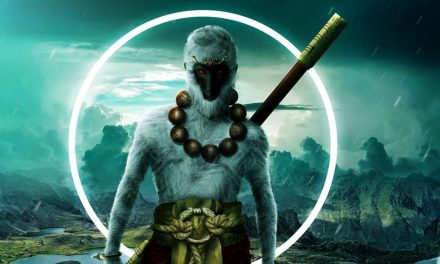