Zeus the Thunderer, after kidnapping the beautiful daughter of the river god Azop, took her to the island of Oynopia, which has since been named after Azop’s daughter Aegina. The son of Aegina and Zeus, Aeacus, was born on this island. When Aeacus  grew up, matured, and became king on the island of Aegina, no one in all of Greece could compare to him in love of truth or justice. The great Olympians themselves revered Aeacus and often chose him as a judge in their disputes. After his death, Aeacus, like Minos and Radamant, became a judge in the underworld by the will of the gods.

Only the great goddess Hera hated Aeacus. She sent a great calamity into the kingdom of Jacob. A thick fog fell on the island of Aegina and did not rise for four months. Finally, the south wind blew her away. But not liberation from disaster, but destruction was brought by the south wind with its blowing. From the rotting mist, countless many venomous snakes filled lakes, springs and streams in Aegina and poisoned everyone with their venom. A terrible plague broke out in Aegina. Everything alive on the island died. Only Aeacus and his sons remained unharmed. In desperation, Aeacus raised his hands to heaven and cried out:

Zeus signaled to Aeacus that he had listened to his request. Lightning flashed and thunder rumbled across the cloudless sky. Aeacus realized that his request had been heard. Where Aeacus prayed to his father Zeus, a mighty oak tree dedicated to the Thunderer rose, and there was an anthill at its roots. Accidentally, Aeacus’ gaze settled on the anthill, full of thousands of hard-working ants. Aeacus watched for a long time as the ants toiled and built their ant city, and said:

“Oh, merciful Father Zeus, give me as many industrious workers as there are ants in this anthill.”

Aeacus barely uttered these words, and the oak, though there was no wind, rustled with its mighty branches. This was another sign sent by Zeus to Aeacus.

The night came. Aeacus had a wonderful dream. He saw the sacred oak of Zeus, its branches covered with many ants. The branches of the oak shook and ants fell from them like rain. After falling to the ground, the ants grew larger and larger, rose to their feet, stood up, their dark color and thinness disappeared, and they gradually became human. Aeacus woke up, but he did not believe in his prophetic dream, he even hinted to the gods that they were not sending him help. Suddenly there was a loud noise. Aeacus sensed footsteps, human voices he hadn’t heard in a long time. Isn’t this a dream, he thought. Unexpectedly, his son Telamon ran in, threw himself at his father, and said happily:

“Get out, Dad! You will see a great miracle that you did not expect.”

Aeacus left the room and saw alive those people who had dreamed of him. These people, formerly ants, proclaimed Aeacus king, and he called them Myrmidons. Thus Aegina was repopulated.

As written according to Ovid’s poem “Metamorphoses” 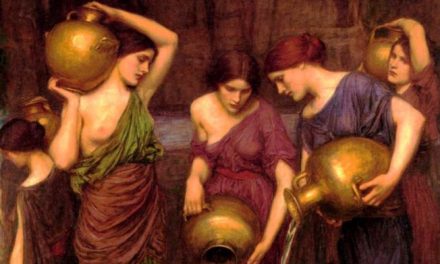 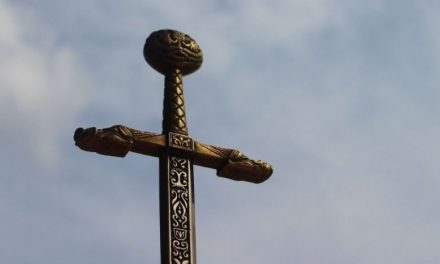